The relationship between Somaliland and Kenya is seemingly blossoming, and Nairobi has now expressed interest in establishing diplomatic officers in Hargeisa, a significant move that would increase the northern breakaway region of Somalia’s chances for international recognition.

Striving for recognition, Somaliland has been in charm diplomatic offensive in recent months, a move that involves signing deals with sovereign countries besides initiating bilateral agreements with would boost her economic fortunes globally.

The ties, Kenya insisted would now pave way for establishment of formal offices in Hargeisa, a move that could ignite a serious debate and probably, help Somaliland to officially join the United Nations. However, Nairobi did not reveal the exact date for the impending opening of the diplomatic offices.

“Kenya appreciates that Somaliland is home to largest no. of Kenyans living and working in the HOA, hence Kenya is working to establish an office in Hargeisa,” Kenya Liaison office said. “This will improve liaising between the two nations and enable Kenyans I the region to access government services.

The acknowledgment comes barely a month after a Kenyan delegation visited Somaliland where it held a closed-door meeting with President Muse Bihi Abdi. The delegation was led by Suna East MP who also doubles as National Assembly Minority Whip Junet Mohamed, a close ally of opposition leader Raila Odinga.

Multiple sources have intimated that Raila Odinga who is also the Africa Union High Representative for Infrastructure Development would visit Hargeisa soon, in a trip that would further increase stakes for Somaliland’s quest for recognition. No date has been set for the maiden trip.

Bashe Omar who is Somaliland’s ambassador to Kenya said that Nairobi and Hargeisa share interests in “maintaining peace and stability” within the Horn of Africa region. Further, he hailed the cooperation between the two countries, adding that Somaliland borrows a lot of aspects including good governance from Kenya. 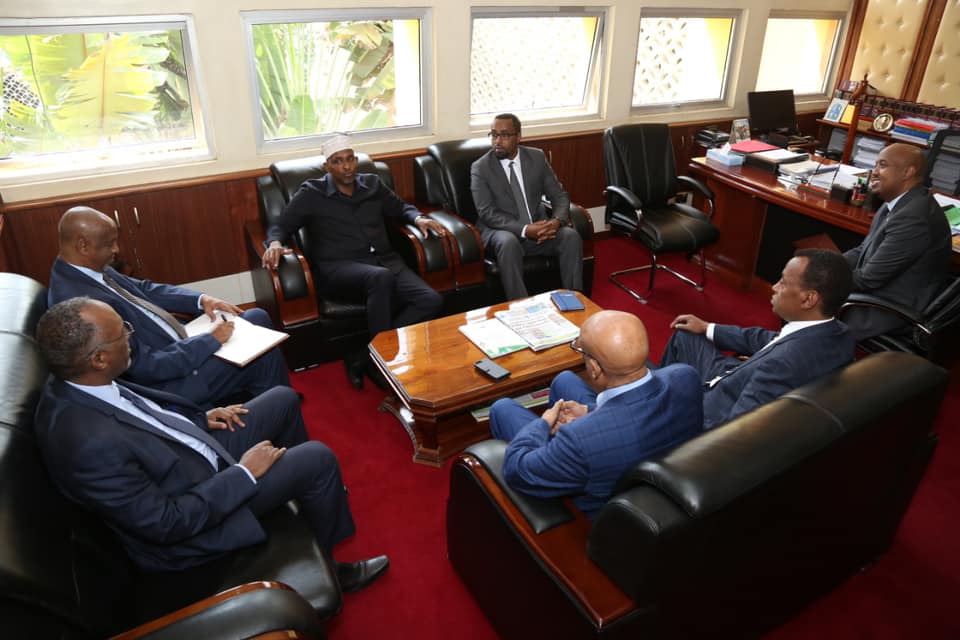 “Kenya is a vibrant economy and an open society, with opportunities to share with us the values of freedom, democracy, the rule of law and human rights,” the envoy said. “A strong relationship anchored on trade and development will spur massive economic opportunities for both our people.”

In an interview with a local TV station in Kenya a fortnight ago, Ambassador Omar also exuded confidence that Kenya would back Somaliland’s mission adding that “if they recognize us the better”. Kenya was recently elected to the United Nations Security Council, a powerful organ which makes determination such as approval of secessionist regions.